The Root of the Cause

The results of the 20th century auction held at Prior Park, Bath plus news of further auction coming soon. 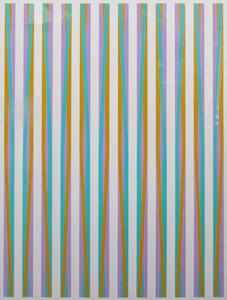 Rarely does such an important and eclectic collection of artwork come to auction in such a rural setting, it would normally gravitate to London to be handled by one of the major houses. However, we were favoured with instructions to conduct just such a sale and the resulting prices probably exceeded any expectations that London rooms could master.

Arnold Root, a well-respected architect in Bath passed away in 2021. Wotton Auction Rooms had dealt with him for some years, and it was his wish that his art collection be handled here. So, working with his daughter Chloe, we were able to put together a very special auction indeed.

Arnold had lived on his own for some years in a classic Georgian house in Bath. Some four storeys high, he had filled it with paintings, prints and etchings, many unframed, the majority stored in drawers, under beds and on top of wardrobes, thus he had probably never realised the extent of his collection in its entirety and simply just kept buying further artworks as interesting examples came to the market.

The auction was held at Prior Park, Bath, previously the home of Ralph Allen (1693-1764) - former Postmaster and Mayor of Bath.  The Palladian Mansion (now a private college) was built by Allen in 1742. Allen, having acquired a stone quarry at Combe Down built an ingenious railway to carry the huge stone blocks down to Bath – a fortune in the making.

The location was chosen for Arnold Root’s association with the college, particularly following a devastating fire in 1991 which gutted the interior of the building and in which Arnold was involved in part with re-building.

The gallery chosen for the sale gave a wonderful view of the city below, for which Allen had provided much of the building stone and the famous gardens and bridge designed by Capability Brown.

Those who viewed the sale both online and in person were quietly amazed and were eager to purchase from the estate.

The most sought-after artist in the sale was Bridget Riley (B.1931) - an icon of British art from the 1960’s onwards. Her work is characterised by geometric forms, high contrast and optical illusions and she was the first woman to win the painting prize at the Venice Biennale in 1968.  This sale included ten of her works, which took the top nine highest prices achieved, including £11,000 for ‘Print for Chicago’ and £4,900 for ‘Sideways’.  This collection of her works realised £70,660.

Further prominent artists included works by Dame Elizabeth Blackadder, John Piper, Bruce Mclean, Julian Trevelyan, Mary Newcombe and Mary Fedden, these drove the total of the sale up to almost a quarter of a million.

A secondary sale on behalf of the estate will be held later in the year. This will include art in a similar manner, some by the same artists, many works on paper with estimates to suit all, together with a selection of modern furniture and lighting, details will be announced soon.