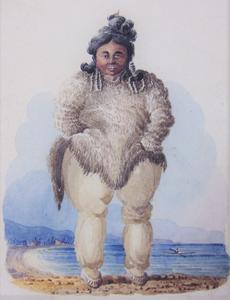 Mothballed since March, the auction at Wotton-under-Edge when it did finally happen was like a storm that had been building for a long while.  There was some trepidation from many, who felt the sale having been locked into the saleroom for some three months meant that the omens were not good.  Fortune, however, favours the brave and the sale turned into one of the best conducted by the company for quite sometime, with a remarkable 93% of the 1400 or more lots selling, and a number of exceptional prices taken throughout the two day sale.

With almost 2,500  online bidders registering through the online saleroom platform and a further 470 approximately via the Easy Live platform, together with bidding from the room and a large number of telephone bids, there was strong competition arising from the great shortage of goods on the open market over the past three months.  This was one of the first sales anywhere in the country to operate under relatively normal conditions and there was a buying frenzy for practically every lot.

A folio of watercolours and pencil sketches by Admiral Sir George Back RN FRS (1796-1878) showing individual characters of the Canadian Yellow Knife Tribe and a young esquimaux woman, together with a sketch by Peter Rindsbacker (Swiss) (1806-1834) of a family of native Indians inside a teepee, all attracted considerable excitement from both American and Canadian collectors.  Some eight telephone lines were booked, as well as online bidding competition.  The sketches belonged to a local private client for whom we have worked before.  Offered in four lots with pre-sale hopes of £8-£10,000, they realized just over £60,000 with almost everything returning to America and Canada.

A Sienna marble Grand Tour carving of the ruins of the Roman temples Castor & Pollux Vespasian and requiring extensive restoration.  The seller was apologetic for bringing them to the auction rooms in their present condition, even questioning whether we still wanted to sell them.  We did, and they achieved £4,000 for him.

Furniture prices increased throughout the sale.  A Cary celestial globe on a mahogany frame sold at £2,800, while a Howard drawing room chair made £2,200.  A substantial Victorian mahogany tower of twenty eight drawers in a side by side arrangement realized £1,550, and a Georgian mahogany estate cabinet £1,250.  A rustic reclaimed pine dresser base made £1,150, while a leather sofa by Halo made £1,100.  A good 19th century farmhouse kitchen work table realized £1,000.

Other notable prices included a 19th century Chinese water font at £1,350 and a set of Coalport tea ware in blue and gilt at £1,050.  An oil painting by Samuel Fulton (1855-1941) of a Cairn or West Highland Terrier made £1,200, and a fine Edwardian stained glass panel of children gathering spring flowers sold at £2,100.

During the lockdown period several probate instructions have been undertaken, resulting in a very large number of entries already in hand for the next sale in July.  This is in addition to the garden effects sale, postponed from April now resulting in a three day sale spanning the 18th – 22nd July with an expected 250/300 lots of garden and outdoor effects including cars; to be sold in the saleroom car park on the Saturday morning of 18th July.

Other work being conducted at present includes the cataloguing of a large library of books including Antiquarian, natural history, local topographical and other subjects, a very substantial collection of ‘00’ gauge railway engines, rolling stock accessories, many of which are still boxed.  In the pipeline is also a 20th century Art and Design sale for which further entries are now being taken; together with the sale of the effects of the late Sally Rose, a well known Wotton-under-Edge character, to include her flamboyant collection of just about everything but, in particular, her jewellery, all these pieces will be passing through the salerooms over the next few months.